Paragraph 1:  Offer your overall impression of the film while mentioning the movie's title, director, and key actors. [Note: this info can be found at www.imdb.com]
Paragraph 2:  Briefly summarize the plot of the film
Paragraph 3:  Positive things you thought about the film, what did you like? Why? Use descriptive words to discuss the plot, setting, techniques and effects used, music, etc.
Paragraph 4: Negative things you thought about the film, what didn’t you like? Why? Comment on the same type of things that you mentioned in paragraph 4.
Paragraph 5: Ending paragraph--your last opportunity to guide the reader.  Summarize and strongly restate your opinions.

Critiques must be typed. No handwritten work will be accepted.

Critiques must have a filled-out rubric attached.

Here are some words and phrases that are commonly used in movie reviews. You may want to use some of them (or the ideas they suggest) in your critiques:

The following questions should help you in writing your critique. Keep them in mind when watching a film, and use them when choosing what to write about.

BACKGROUND
Who is the writer of the film? Has the screenplay been adapted from another work?
Who is the director?
When was the film made?

STRUCTURE / FORM
What does the title mean in relation to the film as a whole?
How are the opening credits presented? Do they relate to meaning?
Why does the film start in the way that it does?
Are there any motifs (scenes, images, dialogue) that are repeated? What purpose do they serve?
What three or four sequences are most important in the film? Why?
Is sound used in any vivid ways to enhance the film? (i.e. Enhance drama, heighten tension, disorient the viewer, etc.)
How does the film use color or light/dark to suggest tone and mood in different scenes?
Are there any striking uses of perspective (seeing through a character's eyes, camera angle, etc.) How does this relate to the meaning of the scene?
How and when are scenes cut? Are there any patterns in the way the cuts function?
What specific scene constitutes the film's climax? How does this scene resolve the central issue of the film?
Does the film leave any disunities (loose ends) at the end? If so, what does it suggest?
Why does the film conclude on this particular image?

Shot: continuous, unedited piece of film of any length
Scene: a series of shots that together form a complete episode or unit of the narrative
Storyboard: Drawn up when designing a production. Plans AV text and shows how each shot relates to sound track. (Think comic strip with directions - like a rough draft or outline for a film.)
Montage: The editing together of a large number of shots with no intention of creating a continuous reality. A montage is often used to compress time, and montage shots are linked through a unified sound - either a voiceover or a piece of music.
Parallel action: narrative strategy that crosscuts between two or more separate actions to create the illusion that they are occurring simultaneously

Shots
Long Shot: Overall view from a distance of whole scene often used as an establishing shot - to set scene. Person - will show whole body.
Medium or Mid Shot: Middle distance shot - can give background information while still focusing on subject. Person - usually shows waist to head.
Close Up: Focuses on detail / expression / reaction. Person - shows either head or head and shoulders.
Tracking shot: single continuous shot made with a camera moving along the ground
Reverse shot: shot taken at a 180 degree angle from the preceding shot (reverse-shot editing is commonly used during dialogue, angle is often 120 to 160 degrees)
Subjective Shot (P.O.V. Shot): Framed from a particular character's point of view. Audience sees what character sees.

Camera Movement
Pan: Camera moves from side to side from a stationary position
Tilt: Movement up or down from a stationary position
Tracking: The camera moves to follow a moving object or person
Camera Angles
Low Angle Camera: shoots up at subject. Used to increase size, power, status of subject
High Angle Camera: shoots down at subject. Used to increase vulnerability, powerlessness, decrease size

Editing (the way shots are put together)
Cut: The ending of a shot. If the cut seems inconsistent with the next shot, it is called a jump cut.
Fade in or out: The image appears or disappears gradually. Often used as a division between scenes.
Dissolve: One image fades in while another fades out so that for a few seconds, the two are superimposed.

Sound
Soundtrack: Consists of dialogue, sound effects and music. Should reveal something about the scene that visual images don't.
Score: musical soundtrack
Sound effects: all sounds that are neither dialogue nor music
Voice-over: spoken words laid over the other tracks in sound mix to comment upon the narrative or to narrate 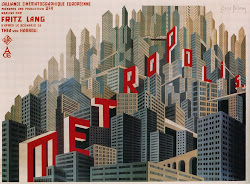